Sports bring together hundreds and even thousands of different disciplines, and only a few are included in the list of official Olympic Sports.

Despite the fact that every year the list of Olympic disciplines is changing and expanding, it does not include so many sports today – just over 40 disciplines (most official Olympic sports are summer sports).

But the list of discipline is not the same from Games to Games. Not so long ago the International Olympic Committee, for example, added skateboarding to the program of the Summer Olympic Games. There is a high probability that we will see skateboarding competitions next time.

However, there are many sports that are not yet on the list of Olympic disciplines, but they have every reason to be there in the near future. What sports are we talking about?

Probably the main contender to appear at the Olympic Games in 2024 is chess. Despite its thousand-year history, chess is still not included in the list of Olympic Games. Moreover, not all countries have recognized this game as an official sport. For example, the United Kingdom made chess an official sport only in 2006.

One possible reason why the International Olympic Committee does not want to include chess on its list is the nature of the game. Chess is not the most spectacular sport, and given that chess games can go on for several hours, such matches can be boring for a wide audience of “non-specialists”. However, chess is a world-wide game with a multi million fan base.

Esports is the opposite of chess. It is an extremely young sport, which was officially recognized by several countries only in the early 2000s. However, esports has its own unique advantages – it attracts a wide audience of gamers, including teenagers and youth. It is spectacular, it is interesting to watch the fights of professional gamers and it has all chances to appear in the Olympics in 2024 or 2028.

In addition, the audience of esports viewers who watch tournaments on TV or streaming resources is growing every year. It is a good sigh as well.

At the same time, the IOC has certain difficulties in recognizing esports, as esports brings together a large number of different games. Each computer game, both individual and team, has its own rules, restrictions, and so on. Do not forget that despite the popularity, computer games do not interest a certain audience of traditional sports fans.

Cricket is a sport that has a lot of fans all over the world. As of 2023, the total number of viewers who watch live or broadcast cricket matches exceeds 3 billion. According to this indicator, cricket is second only to football, which has a total number of fans ranging from 3.2 to 3.5 billion people.

At the same time, cricket is not popular in every country. For example, cricket has a large audience of teams and fans only in India, Pakistan, Great Britain, and several African countries. In Europe and the USA, cricket is not in demand.

As for adding cricket to the list of Olympic Games, this could happen as early as 2024. However, cricket already has a bad record of appearing at the Olympics. In the 90s, he was already included in the Summer Olympics, but then the results were unsatisfactory for the IOC. Since then, the organizers and bookmakers, which you can learn more about on this website, have decided that cricket is a very specific sport with a large but not global fan base.

The program of the Winter Olympic Games has an almost similar sport – speed races on the ice track. Of course, athletes hold races on skates. The summer analogue of this sport is Speed-Skating, which is also held on the track, but not on ice skates, but on roller skates.

It is really strange why this sport, which is very similar to winter speed skating, is not included in the list of the Summer Olympic Games. The organizers of the Junior Olympic Games included it in their competition program in 2018, but since then Speed-Skating has not had any new achievements.

Most likely, the reasons why the IOC does not make a positive decision lie in the game itself. Billiards can be interesting for those who are fond of it. For everyone else, billiard games may seem too boring and not spectacular.

In addition, there are difficulties with the definition of ‘’Olympic’’ billiards – there are many varieties of this game, from the American version to snooker, which is very popular, but only in some countries.

Classic football is the most popular sport with several billion fans. However, beach soccer and mini football have smaller audiences. On the other hand, both of these mentioned sports are very spectacular and interesting. But so far, neither beach nor mini football has been included in the list of Olympic Games for adult athletes.

Beach or ‘’sand’’ football was included in the Junior Games a few years ago, but never made it to the Summer Olympics. Perhaps the situation will change in 2024.

Sports fans may not take such activities as bowling and darts as a professional sport. Perhaps the reason lies in the fact that both entertainments have a very large audience of amateur enthusiasts and are perceived as entertainment, and not a “real sport”.

However, if you have watched professional bowling or darts, then you know that both games are very difficult and interesting to watch. They require skill and talent.

Note that bowling once got into the program of the Summer Olympic Games in South Korea in the late 80s, but that was only once. Darts has never been played at the Olympics, but this discipline has every chance of being shortlisted for games in 2024. 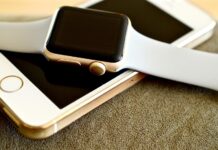 The Future of Training Plans: Why Digital Training Programs Will Replace Paperweights