There isn’t a gambling card game more popular than poker. With all its variants and rules, it isn’t hard to learn, at least basics. Over time what you do is refine your poker face and your betting and playing style.

As you all know poker has several variants that are highly popular. One of the variants isn’t so represented but it doesn’t mean it isn’t played. Some even think that three card poker is too easy and that it is only for beginners. Today we will discuss a bit on this poker variant and try to bring it closer to you and explain it in some detail.

As you will see it is beginner-friendly and it is not too hard to understand. Three card poker is created by Derek Webb in 1994 and was first presented to the public in 1997 so it is rather a newer variant of the game. It boasted with the same speed as other card games, it was easy to understand and it had payouts that are big enough to attract players. Another important thing to this game is that it has an edge that a casino would take, which is enough to have them host or have machines in the casino offering this variant to gamblers all around.

If you want to try your luck at this poker variant after you read this article, try this web and see if you can beat the house.

Rules of the game and betting style

Now, as far as the rules of the game and betting style we can tell you that you will start with an initial bet and you will place it on the ante spot. This will allow you to get your cards and look at them and decide if you are going to play the hand through or fold. If you want to play you have to bet again but this time on the play spot. The bets you make on the ante and the play spot have to be the same amount. After all, is done you will get three cards and the dealer will get three as well. From this point on it is your cards against dealers and it couldn’t be simpler than that. Whoever has the highest poker hand out of those three cards will win? Another thing to note is that dealer must get at least a queen-high to play, or qualify for the game, if he doesn’t get it the dealer will not play the hand.

If you like your hand you will once again put your bet on the play and continue with the game, but the amount must be the same as your initial ante.

The scoring of this game is also very simple to understand and memorize. If the dealer does not get the queen-high or even better the dealer does not qualify to play the game further, but what does that mean actually – do you win or what? Well if the dealer has a lower hand than you and if they haven’t been dealt a queen-high that it is called a push or no one wins. It is a tie where you get your ante bet is going to pay even money. So, your initial bet or ante of let’s say $5 is going to get you $10 in this case. Now there is another bet you can play and put your money on and it is the pair or plus game. Here it is important to have a pair out of those three cards you were dealt and have a higher pair than a dealer to win this bet. If you put your money on pair plus play and not have a pair you will lose your bet. Now in this game, you can see that it is a slow-moving one, but this is what makes it interesting to beginners and first-timers. In some plays, you win while in others you lose. You can both win and lose in the same hand as well which is part of the appeal of this game.

Now there are alternative scenarios in scoring as well, and we will get through them right now. In the previous part, we had a situation where the dealer did not have a queen-high and did not qualify. Here let’s presume that your dealer has a queen-high and qualifies for playing further. If your cards are better than dealers then in this case bot your play and your ante will be paid even money. This is a great thing where the dealer can qualify but still have a weaker hand than yours and this is where you get paid even money on both of your bets. In the previous case, the dealer didn’t qualify, hence you got paid only on your ante and it was even money.

We should also elaborate a bit on the pair plus game because it is the play that can bring you a bit more money out of each hand because of the odds you are offered. Let’s see how it works. If you play the pair plus game the lowest thing that you can have and the lowest paid is the actual pair. It is paid 1:1 and this is the lowest payout on this play. If you play the pair plus game and receive a flush (three cards off but suited) you will be paid 3:1. If you receive a straight which is three cards going in ascending order like 8, 9, 10 off suit, and you will receive a payout of 6:1. The next better thing on the pair plus bet is the three of a kind which is a remarkable hand in this poker variant. With this hand, you will be paid 30:1 which is awesome. There is another hand that is considered to be the best for the pair plus game and it is the straight flush which is straight and suited and this hand will pay you 40:1 and this is the best hand that you can get in this game.

So, as you could see this variant of poker isn’t too hard to grasp, understand, learn and play. It was thought of with these things in mind, and its creator also wanted to make it fun which he succeeded. Yes, it can be sometimes a bit slow pacing and can take a lot of time to accumulate your winnings, but as you can see it offers plays that will return you a hefty sum if your hands get that lucky. Try it and tell us what you found out! 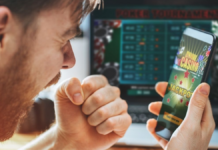 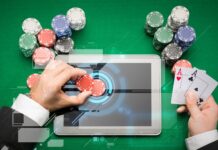 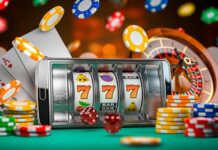 How to Play Slots Online With Minimal Skill